The brilliant, inspired, and transcendent Gerardo Morales is here to bring us another mind-blowing Flamenco show. Combining traditional Flamenco rhythms with his own blend of East LA beats and influences, Gerardo has delivered some of the most memorable Flamenco shows to have ever graced our stage. From the once-in-a-lifetime show when a cadre of unbelievable musicians joined the stage from the audience to burn our house down, to the show where a musical solo brought the audience to tears, his shows are absolutely stunning. For this installment, he has attached his incredible band of musicians to set the stage for the world-renowned Fanny Ara, one of the most beautiful and technically gifted dancers alive today, and special guest Antonio Rodriguez, direct from Spain. If you’re only planning on attending a couple Flamenco shows this year, make this one of them. It is going to absolutely tear this house down.

Gerardo Morales is a guitarist, percussionist, composer and recording artist from East Los Angeles who began playing guitar and percussion at 12 years old. He has traveled the world as a professional musician, including performing alongside such artists as Black Eyed Peas, Cristina Aguilera, Ozomatli, Kanye West, and with Nino and Isaac de los Reyes. His early guitar studies began with family members, and continued at Pasadena City College and later the Pasadena Conservatory. In addition to studying Classical Guitar at the Conservatorio Profesional de Música Cristóbal de Morales in Sevilla, Spain, he also studied privately with Kenton Youngstrom of the Colburn School of Music, and highly regarded Spanish Flamenco guitarists El Entri, Kilino Jimenez, and Jesus de Rosario. While continuing his studies with world renowned flamenco guitarists, he has also been teaching guitar for over 15 years both privately and through organizations like the Neighborhood Music School, LAUSD and L.A.C.E.R. After School Programs. Beyond Flamenco guitar, he has released two contemporary collaborative albums – Dreaming Awake (Morales.Lara), and Burning Star (Burning Star, artist collective). As part of Burning Star, Gerardo Morales has performed with many popular artists like Linkin Park, Blackalicious, Jurassic 5, Slum Village, Rakim, Raekwon, Cypress Hill, System of a Down, Saul Williams, Black Eyed Peas, Ozomatli, Mos Def, KRS One and numerous other worthy acts. He is an essential member of LA’s Subsuelo, and under his direction produces Flamenco, Latin, Hip Hop, R&B, and Pop shows throughout the country. Gerardo Morales has worked on films including Toy Story 3, Little Fockers, and Think Like a Man. 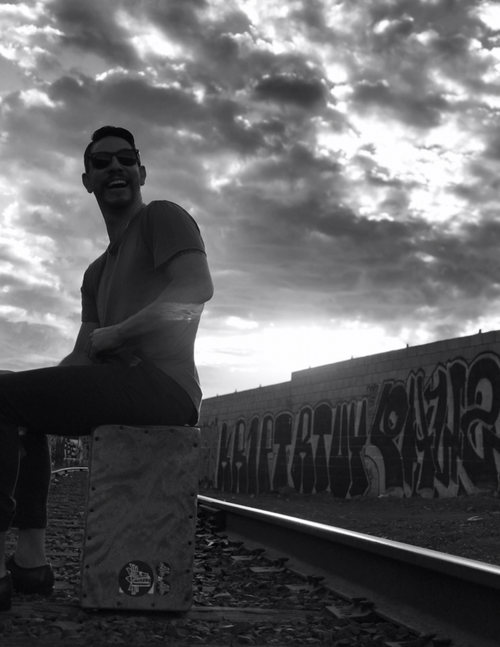